Magoo is a lovely 2 year old male cat. He was abandoned by his owner and lived outside for a bit before foster, and was initially quite shy. He took a week or so to warm up, and between being affectionate would sometimes hiss when overwhelmed or people were coming into the home.
After a couple of weeks and learning his body language he’s much more comfortable and affectionate, and will even sleep the occasional night on our bed. He absolutely loves to play, and loves his toy stick with a ribbon attached and will carry it around proudly and request you to play with him. While he is an affectionate boy he does occasionally hiss and give warning bites when overwhelmed or when given too much attention. This may completely stop in time, but I would recommend he go to a home with no small children who may not be able to understand or respect his boundaries. He was fostered solo, so I cannot say how well he would get along with other cats.
He ideally will go to a home with folks who can make time to play with him multiple times a day as he is a young energetic boy. He absolutely loves pets around his head, and is not as enthusiastic about pets around his shoulders or lower body. 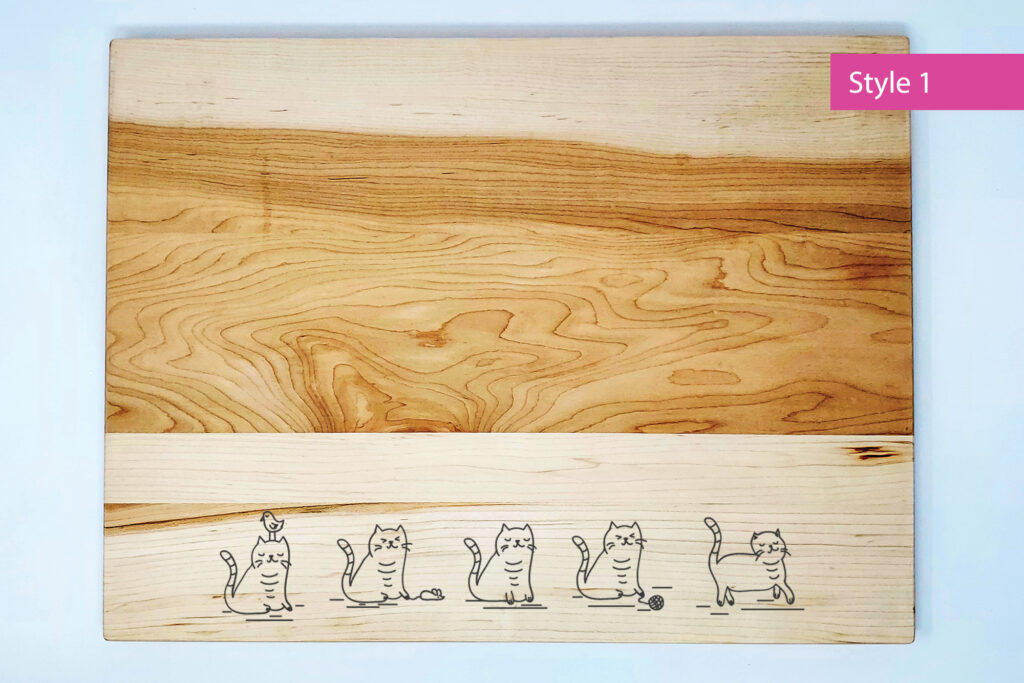 If you like to cook and you love cats, we have the purrrfect solution for you – a cat-themed cutting board! We receive $5 from each board sold, as well as receiving 5% of all your future purchases from them! Check out Created For Me today and all their laser-cut products.
Visit Created For Me

You CAN make all the difference

Please donate if you are able to. These donations keep us going and ensure we continue to help as many cats as possible.
Donate Now
Go to Top